Put 'Em Where You Want 'Em.


Backgammon is often at its best in tough midgame positional struggles. Here are three interesting positions that a strong player got wrong. See if you can do better. 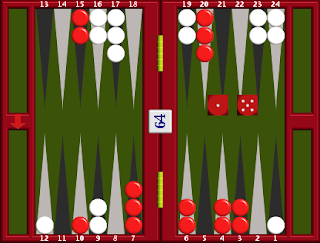 Although Red trails in the race his stronger position is enough to make him a small favourite. He has the golden anchor and all his checkers are in play, whereas White has already buried four checkers and so has to play the rest of the game with 11 checkers. In the match, Red chose 10-4 but 20/15, 7/6 is much better even though it leaves a shot.

The theme to keep in mind for this sort of game where you have the golden anchor and you are fighting to prime White’s straggler is this. Ignore shots and put your checkers where you want them. Your anchor (and White’s crappy board) mean that you can leave shots without a serious risk of a bad sequence that gets you cubed. Of course you don’t want to take risks without some gain, but the gains after 20/15, 7/6 are substantial. You free up the spare from the anchor (almost always a useless place for a spare) and you keep two spares aimed at the 5pt.

The next position shows Red making the same sort of mistake, although I grant you that this is a tough play to find. 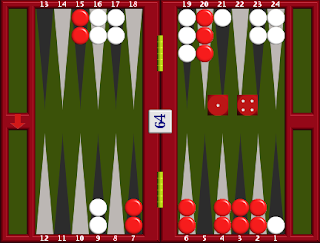 Red played 7/3, 7/6 giving up his very valuable bar point, but “putting your checkers where you want them” also means leaving your checkers where you want them sometimes and here, with White’s blot inboard, it’s worth keeping the bar and leaving the double shot after 15/11, 15/14. Note that this is better than 15/10, one less shot and duplicates fives and two’s to hit and cover.

And here, in a different shape is the same mistake again. 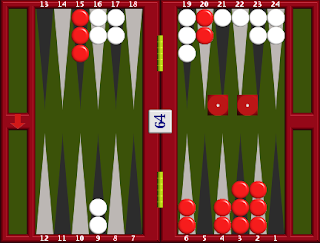 The 20pt anchor is a great insurance policy and when your opponent has a weak board as well you can pretty much ignore shots and put your checkers where they will do most good. In these tough positional struggles it's a great guide to finding the right play.

Until the next time, enjoy the game!