I'll start with an apology for not posting for a week, as I've put all my backgammon time into analysing and annotating a 13pt match between Masayuki and Natanzon, better known to us all as Mochy and Falafel. Played on GridGammon they entertained a large crowd with 10 games of world champion level play and their amusing comments. This match will be available in a day or two, as I am just waiting for comments back from the players on some key moments, then you can purchase it for $10 in one of two formats, for eXtremeGammon or as a .mat file for the other bots. Both versions will contain all the comments, based on XG rollouts, which will make for an interesting comparison with the older bots! For those of you without one, the match will also be available as a Word doc. containing all the rolls, plays and commentary and about 50 board diagrams, so that you can follow the match with a backgammon "board" as they are known. The word version will be $15, as a lot more work is involved.
Other currencies for the match file, 7-50 euros, 6-50 pounds, 9-50 dollars Aus. or 800 yen. Add 50% for the word doc. version.

To whet your appetites, here's just three positions. How would you have handled these?

The first comes in Game Three, with the match tied at 4-4 and White (Falafel) is to play from the bar. 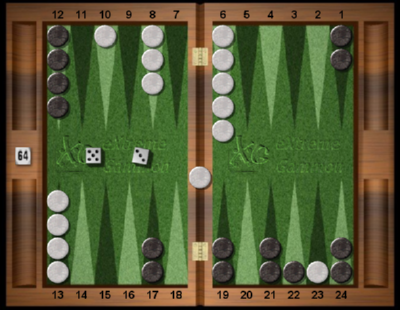 The second comes in Game Six. Mochy now leads 8-6 and it's Falafel to play. 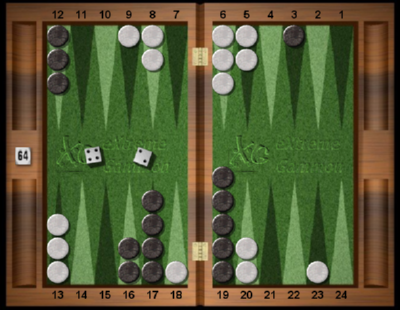 And last but not least, a tough play for Mochy from Game Nine. It's The Crawford Game, 12-10 to Mochy. 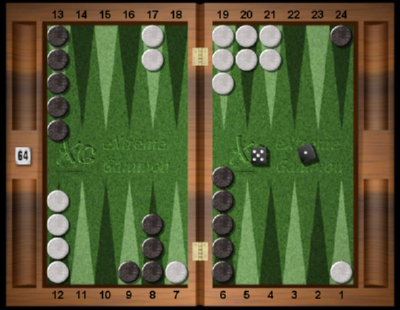 What will you do, what did the experts do and were they right? I'll let you know the answers in a day or two. Advance orders for this excellent match, with annotation by me and comments from the players, by PayPal to dorbel(at)gmail(dot)com.

In the first position I'd anchor, bar/20 23/20. Getting into a blot-hitting contest isn't what White wants here. Black already has two checkers back so hitting another checker is not so urgent. Anchoring and putting a stop to Black's attack is urgent.

In the second position my first instinct was to start with 13/9, but then there's no good 2; switching anchors with 20/18 seems to leave us too exposed. I'd just hit here with 9/3*. We're behind in the race with the stronger board and we're anchored; seems like we should try to attack Black's blot.

The last position is tough. It's effectively DMP. The only play that doesn't leave any blots up front is 13/8 9/8, but that looks horrible. We don't want to leave too many shots since we're outboarded. The double hit 8/7* 6/1* leaves only 11 return shots but creates a ton of blots. Another possibility is 9/8 6/1*, leaving fewer blots but gaining less when we are missed. I guess I try 8/7* 6/1* but without any confidence.

Agreed on (1), anchor. It exposes the weakness of Black's position once the attack has fizzled out, with his isolated backs and men out of play.

(2) I saw 13/9 first and would have been committed under touch-move! But Black, all stacked up and with two inviting targets, just has to attack. So hitting takes the sting out of the position.

(3) 8/7* 6/1* - in the hope that we can bag the outer board points while White is preoccupied. Not only DMP, but we're in a very bad way even if hit once and we don't come back with something good straight away, so I'm not over-bothered about extra blots, and the only safe move is just so repulsive I can't bring myself to do it.

1) Anchoring up is certainly a tempting play. But there's that juicy blot just sitting there and it's hard to resist sending it back. I'm looking at black's much better board and thinking that I don't want to get into a hitting contest, so I'll just anchor up. Were I to hit, I think slotting the 18 is the way to go. But I'll just anchor. bar/20 23/20

2) Making the nine point has to be part of a correct play. (Making the four point leaves four blots strewn around - that can't be right.) Then, I'd consider slotting the 4 point, but reject it as one blot too many. Shifting to the 18 looks best, but I'm far from sure about this. The prosaic 23/21 just puts another checker utg, so I don't like that. THat leaves 20/18 by elimination. 20/18 13/9


3) If I weren't outboarded 3 to 1, the double hit would be almost automatic. But without a board and with my opponent having a strong one risky plays are counterindicated. The match score is important here, since gammons don't really count for either player, and this tips me towards the double hit. The alternatives are the candlestick play (13/8 9/8 - yuck) and the single hit (13/7*). The candlestick play just seems weak, and the single hit doesn't seem any safer that the double hit. There's also slotting the 18, but that just invites white to whack a blot with impunity (any 1,2,6, or 7 hits - I don't need to count the shots to see that there's a lot.)